81 replies to this topic

This is the 6th Technology Preview for version 5.

This release does not contain a time out and can be used for day to day operations if you're comfertable using non-final verisons (as many of you know, Zoom Player non-final releases are very stable).

The reason this is not beta 1 is that we're still finalizing graphic and design for additional navigator interfaces and the options dialog. 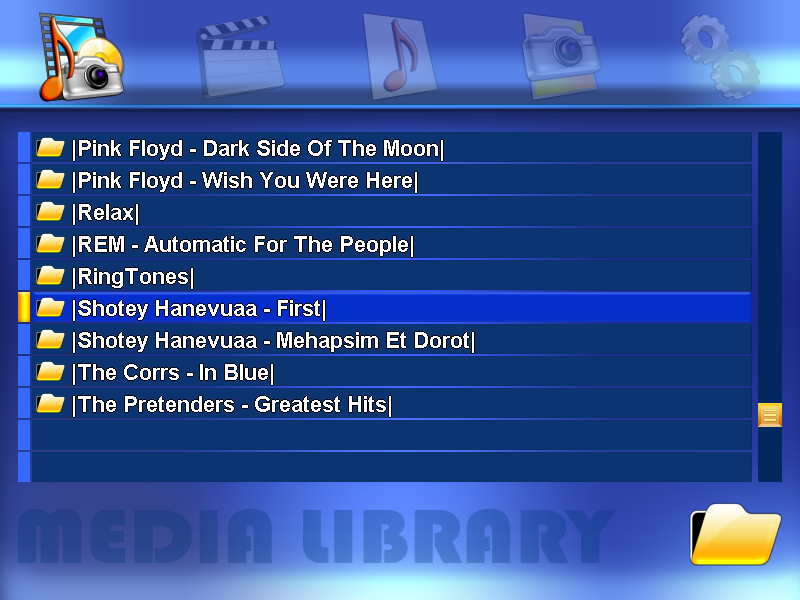 Can u tell me how to specifically enable DVD title info in the playlist instead of fake "video_TS.ifo" info.

When using this version I can select only "Overlay Mixer" as video render. If I choose anything else doesn't save the setting after restarting the player.

Can't delete a .TS file that has been played in the current session of ZP. This happens in ZP 4.51 too. Seems like it's not closing the file properly.

phil:
I'm not sure why, it may have something to do with a filter you're using cause I use ZP's media libarary "erase" function quite often (on currently open files to boot).

Not sure what filters under v5 (haven't had a chance to come to grips with the new Filter Control tabs) but under 4.51 I use HDTV Pump for TS playback.

PS. Should have mentioned that I'm deleting from the File Navigator.

Hi, on my own trouble is on Zoom Player Media, reset the configuration don't fixes the trouble at all, i set Audio/Video Devices renderer to other from Overlay Mixer without luck.

Where can the latest TCP codes be found ?

Where can the latest TCP codes be found ?

I think, Blight will post them in the new sub-forum Zoom Player - Third Party Enhancements from now.

This is my observation about the File Navigator:

This will occur when the path contains
some Chinese Characters "十大廣告".

BTW,
I don't know how to play a Window Media Video 9 in slow motion???
Is there any way to play them in show motion like mpeg file does ???

phil:
I'm not sure why, it may have something to do with a filter you're using cause I use ZP's media libarary "erase" function quite often (on currently open files to boot).

Blight:
Thanks for the quick response. Yes I had enabled the "use media file title if available" and am still getting fake disk title. Is there anything else I can do to display each "title" on my custom DVD's in the zoom playlist to allow me to switch from title to title "seemlessly on the fly" without any delay. I film training scenarios to display on a second monitor (projector) with multiple endings to permit outcome selection in "real time" of alternate endings using careful created continuity branch frames. Each sequence is created as a new title, not a chapter with the authoring software I am using. I control the "branch" or title selections from a primary monitor. I have even tried just using mpeg2 clips (that will show up in the playlist) instead of DVD format individual titles however there is a delay (black screen) for several seconds before zoom starts playing the new mpeg sequence, thus losing continuity for the viewer.
Any thoughts....? thanks again, JLR

Current builds of the Gabest MPEG Audio decoder support Vorbis audio. It works in MKV files fine too. Kinda odd it's not a separate codec as Vorbis is not MPEG related as far as I know but oh well. Anyway just letting you know so you can have a profile for it in 5.0 if you want..

generalleoff:
Thanks, will do. I'll just name it "Gabest Audio Decoder" in ZP.


Phil:
does it happen in the v5 preview?


Aokromes, Frank2003:
This is a problem with the standard version I'm afraid, will be fixed in the next release.


louismo:
Microsoft being microsoft made their windows media decoder ignore the rate control used by DirectShow for this purpose. There might be a possible way to overcome this, but it's a low priority.

As for the file navigator... I just checked it and couldn't reproduce the problem. Are you using the latest version of total commander (total commander still doesn't support unicode 100% of the time), Does this problem occurs when using Windows Explorer to execute the association?


jlr8930:
For one, I wouldn't use MPEG files, AVI files load much faster and using VMR9 as the video renderer, should reduce any black-screens between sequences.

As far as the title problem goes, what exactly are you seeing at the title? It should show the disc's volume label (DVD discs don't contain their title as part of the disc itself).

As for the file navigator... I just checked it and couldn't reproduce the problem. Are you using the latest version of total commander (total commander still doesn't support unicode 100% of the time), Does this problem occurs when using Windows Explorer to execute the association?

It has same problem both in Total command and Windows Explorer.
So the association is not the clue.

I guess that the parsing of path's STRING are different between the
File Navigator and the PlayList Navigator.

You may use the path's STRING in PlayList Navigator for locating the
path in File Navigator progamming subroutine.

louismo:
I still can't replicate it... This is what I did:
1. I used the same characters as a path "十大廣告".
2. Inside this path, I opened a media file by double clicking it in explorer (i noticed total commander modifies the path to non-unicode, so executing from total commander wouldn't take the characters into account).
3. I pressed "E" to open the file navigator. The currently playing file was highlighted.
4. I pressed Alt+X to close ZP.
5. I tried playing another file in the same directory by double clicking it in explorer, pressing "E" to open the file navigator and the file is highlighted just fine.
6. I closed ZP and reopened it and pressed "E" again. The file navigator was still in the same directory with the unicode characters displaying just fine.

Is there anything I'm missing?

This might be related but I'm not sure. Sometimes with the new preview if I open a file using explorer and then press enter after the file is playing to open the file navigator it will open to the wrong path. Usually the root of my C: drive or sometimes the root of the drive the file is on. I have to press escape to exit the navigator and then press enter again to bring it up. After 1 to 3 times doing this it will open in the correct directory that the file was in. It does not always do this.

generalleoff:
The problem is, I don't see how it works one time and a second time it doesn't as the same code is running each time. Filenames isn't something that is changed in the background...

The file navigator is going to be completely rewritten in v5 to add functionality similar to the media library. Hopefully, most quirks will be quashed when this happens.

A small bug I noticed: after toggling "Stay on top" the control bar looks like the attachted image. These red edges disappear after reapplying the skin (until the next toggle).